About - Apart
Subsbscribe to our newsletter to receive updates on upcoming blabli bla something something. Link
Your cart  –  0 €  →   Checkout

Collective of artists APART arose in 2012. Since the beginning, its main program content is publication activity going under the name APART LABEL, which is mapping artistic expressions in their local environment. It focuses on selected tendencies of contemporary art forms, observes their and dwells on building an archive of this specific environment. Our ambition is not to map artistic activities in their full spectrum. We focus our attention on such outputs and researches of art forms, which in some cases reflect our own interest in specific themes.

In close connection with publishing activities, we are organizing Situations. Their  realization is in forms of lecture, presentation, projects, exhibitions or they can accompany introduction of a book or they can exist as a single art piece. Their main attribute is performative character – work with various forms of temporality, ephemerality and unrepeatable character of the work.

Parallax  is an intersection of our activities from the position of being artists. It includes exhibitions which we are attending as exhibiting artists, mostly it is collective presentations of APART collective, oftentimes in collaborations with close circuit of artists. Onwards it includes exhibitions, which are organized in our conception and projects, which we organize or contribute on their organization; often with international overlaps.

Publishing publications, organizing lectures, projections, curatorial projects are not seen from position of publisher, curator.., but from an artist's perspective as an undetachable par of our artistic praxis. Today we consider the wide-spectrum of artist's field as inevitable and last but not least collective cooperation, undergoing and evolving in constant dialogue.

APART (english) means „separately“, „to one side“or „aside“, containing „art“. Inside a name for a group, APART may feel oxymoronic or paralogical, or it represents correspondence of protagonists. This parallelism is held together by unifiable sensory and emotional antennae of subjectivities and shared borderlines. The shared borderline is not given but artificially / artistically constructed so that it functions as an empathetically fertile tissue. APART expresses a heterogeneous internal structure, internal critical distances, the determination of a non-dogmatic collectivity.

APART is a Slovak art co-operative. Today, APART is Andrej Žabkay (*1987), Ema Hesterová (*1997) and Chiara Rendeková (*1995). The surnames of the artists seem to somehow represent the hybridity of their homeland – Slovak but not entirely, local but also global. APART is internationalistically oriented. APART was founded on the brink of years 2011 and 2012 and has been particularly active over the five years of its existence .

APART, as its members say, was born out of a feeling of alienation („from oneself“) in an atmosphere of malfunction (of the running of art enterprise, local and international) and the urge to do something about it. Art is a tool or a base for exploration and change.

APART is a meta-participative platform. APART works on a proto-institutional basis – under the principle of shared economies, it slots its polysubjectivity into contexts that are directly related and desired. Rather than building new networks they aim at activating the acceleration of existing intellectual and poetical synapses worthy of attention. They know that nature is already saturated with networks.

APART also has a root in the synthesis of the undefined „a part“– in the knowledge of inclusion (being different, second, secondary), participation in, creation of a new, third identity, minority. APART evokes one more thing: APARATUS. And we certainly mustn’t forget the local archaism „apartný” – „tasteful“.

APART’s point of departure is media postproduction and distribution that preserve organized volatile proclamations, i.e. performances and interventions. The media they most frequently use are (moving) photography, object and public space, serving them as platforms for display and transmission. The media are not formalistically central here, but rather referential and functional. The result of their production is usually a Gesamtkunstwerk in the same sense as the legendary compilation by Detroit-based Dopplereffekt. Their sociological focus is on current thought (and its direct sources) winding about a prospective vision of the ecology of prolonged humanity. Their thinking is scientifically technological and politically utopian. Their main methods are cumulation, discussion, exchange. APART’s motivation is survival in the world of art (this being perhaps the best ontological example for the entire emerging generation). Collectivity can ensure the prolongation of youth. The sine qua non of survival in the world of art is primary voluntary enthusiasm.

Basal collectivity necessarily springs from instincts. Collectivity then means multiplying body temperatures in order to increase the habitable surface of a space or to cultivate of a microcosmos. Temperature is kinetic energy. Energy is power. Collectivity leads to the (forward) movement of bodies that are fatally oversized for an individual. Collectivity, in this case, is the chiselling of a production based on information and knowledge (subject processing) following a critical dialectic discourse. Collectivity means to provide critical feedback, experience, entertainment, a good sense of solidarity and belonging. Collectivity is the speculative construction of a parallel third home.

This is done truthfully (symbiotically) by APART, which in addition creates inclusive conditions for others (metabiotically). Apart from giving good feelings, APART also performs good deeds. They strive to expand the potential reach of selflessness. This effort suggests the real possibility for art to be not only a hyperpluralistic traffic of predatory individualities (i.e. transcendent communication), but also their hospitable breeding soil (i.e. a higher level of communication).

APART belongs to the most consistent, most important movements that have emerged in Slovakia over the last decade, at least in the field of artistic production. If I knew the works of all the artists of their generation, I probably would not hesitate to add even more superlatives.

Former, actual associates and thanks: 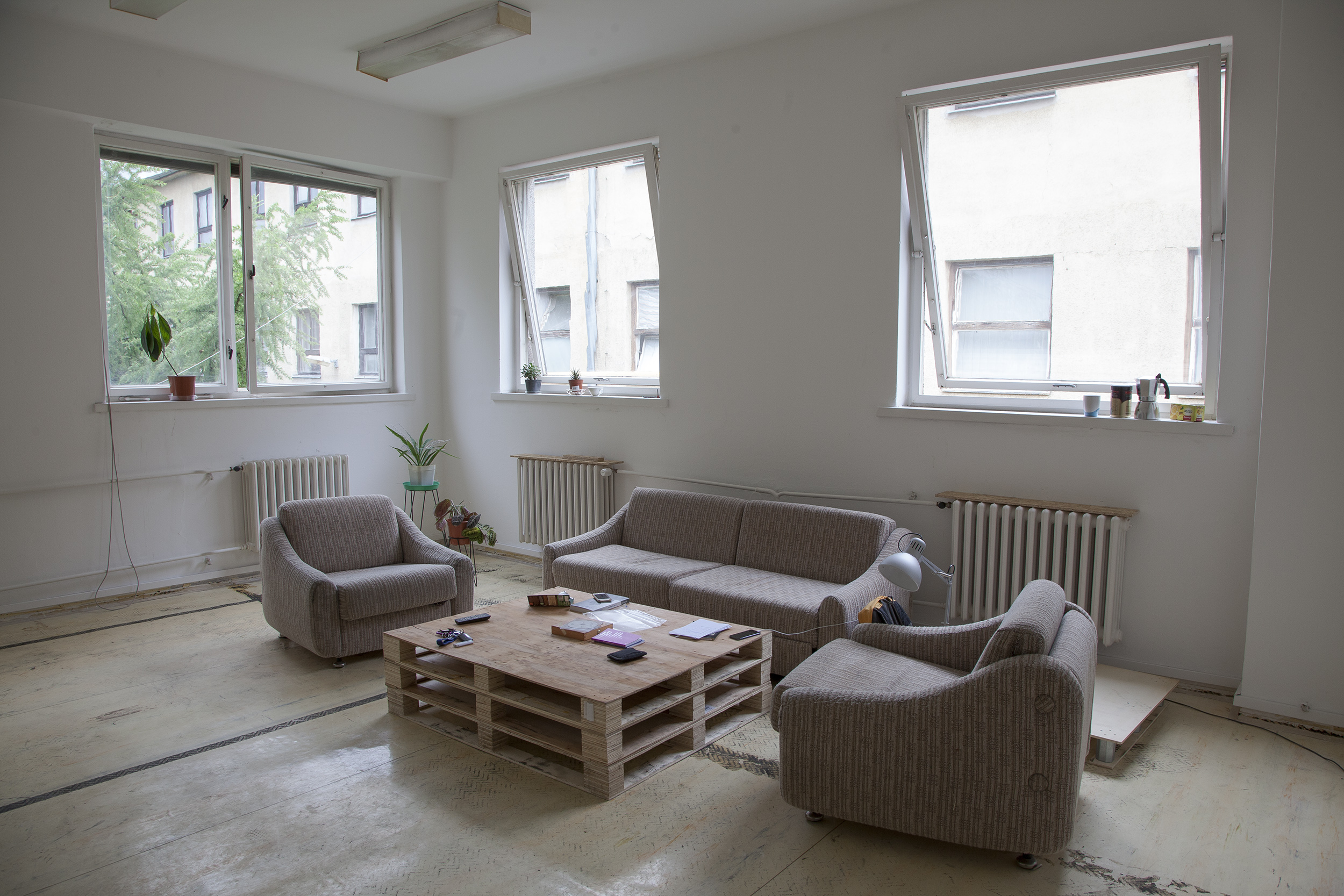